5 ways to explain a gap in your employment history

A large unexplained gap in employment history may be a showstopper for employers. Why is that?

A long unexplained gap can sometimes give employers the wrong impression about both your capabilities and your personality. It may imply that you are not capable of landing a job. It may imply that you were ‘dishonorably discharged’ from your previous job. And worst of all, it may imply that you are too lazy and don’t care about your career. You want to show career progression and an increase in scope and responsibility as a result of your good work. You DON’T want to show career stagnation. Some people leave gaps on their resume and hope to be able to explain the gap in an interview. The trouble is, that the gaps might prevent you from getting to the interview stage.

So how do you explain the gap in your resume?

1. Emphasize why you left the previous job

Be it downsizing, budget cuts, or the position being moved to far away for you to relocate, make it known and clear why you left the previous job – already in the resume. Even if you left the previous job voluntarily, mention it. It’s perfectly acceptable to mention sabbaticals – and try to highlight what you did during the sabbatical and how it might have impacted you

2. Emphasize any activities you undertook during the gap to improve your professional standing

Even if your former employer handled your exit badly, avoid at all costs to bad mouth them. Come up with a sincere, simple way of summing up what happened.

“The former company hired a new Executive VP who decided to bring in his own people from his previous organization. It was a shock and disappointing, but the truth is that the time was probably right for me to pursue a new challenge”

4. Formatting the years on your resume

If you really want to avoid drawing attention to the dates and possible gaps of a few months between jobs, you can list only the years of employment and leave out the months.

You should still be prepared to answer questions about why you left Company A, but this will increase your chance of getting invited to an interview.

Be sure to prepare for questions and prepare your answer. Here are some tips on ways to formulate typical gaps in a positive way

Fair or unfair, as it may be, employers often worry about hiring someone coming back to work after a long gap. Especially in this industry where technology and processes change so quickly! Therefore, your challenge is to show that you have been keeping up with new developments and are 100% ready to go back full speed.

At Alexander Daniels Global, we are specialized in recruitment for the additive manufacturing industry. We want you to succeed so we have created a bunch of free career advice. Check it out! 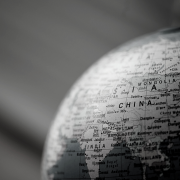 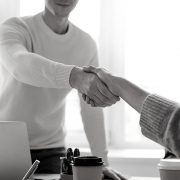 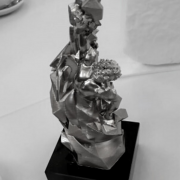 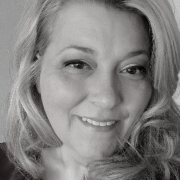 The 3D printing community's fight against the corona-virus
0 replies